I can safely say, long gone are the times when I was a purist photographer. I still keep some purist traits, I still throw away photos that I think don't meet requirements and don't like to tweak too much. But in this case I just didn't have a choice.I mean the photo was good, but it had too much of a snappy feel to me. After 4 long hours, of tweaking, cloning, rebuilding feet I got a colour result which in the end I wasn't happy with. So I gave monochrome a go in Photoshop's channel mixer. A bit of adjusting in brightness/contrast, some Unsharp masking, basically all the stuff that in my purist days I considered a crime against photography. In the end I was more than happy with the results. I look back at my purist days and wonder why didn't I just embrace digital along with film earlier. For starters I could have saved a lot more photos. Here's the before and after. 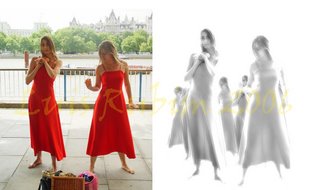