I have been reading more and more often posts from some photographers, some established, on how they have dropped the traditional darkroom in favour of digital, how the quality has surpassed that of film and how they would never go back to traditional capture.
Indeed, digital photography has developed in massive leaps and bounds, since the beginning of this century. When compared to the development of Traditional Photography (I hate the use of the word "analogue" you may have noticed), which took centuries to reach its plateau of sorts, digital has indeed developed at such a rate that now manufacturers have to find other ways to attract photographers to their products, a lot of them in my view, just plain gimmicks, that are marketed in such a way that make the public think that they are necessities for producing any sort of half decent work. On this note, I will state from the onset that this is largely a personal opinion based posting.
But to cut a long story short, I use both mediums. In fact, I actually even like a hybrid process where you shoot and scan your film, it's quite flexible and if your scanner is good, you can print at any size you want. I like both mediums and although each have their place, I prefer working with film. Yes, it is a longer process, you get no instant feedback whatsoever on what you have done, you have to keep your film safe and go through a chemical process that can be arduous to get to your end result or application from. But ( and this is an area that makes me take some statements from those photographers who proclaim that film is dead and how digital is so much more superior to it, particularly from those who are supposedly established, with a large pinch of salt), if you really do know what you are doing, you don't need the instant feedback and your processing of your film becomes in fact, quite an enjoyable experience. Having said this I make no claims of knowing all there is about photography or of always knowing what I am doing. Part of the learning curve is experimentation.
You see, with film there was (and still is) a big learning curve, in which you could not compress what you had to learn to use it, down to for example, how to expose for different types of film, different darkroom processes and how to print a chemical print, process which on its own has a multitude of processes. For this reason, shooting film gives you a solid technical framework that is not lost when you start shooting digital. While you do not waste resources with a digital workflow, you do waste time without a good technical grounding ; and film photography gives you the best technical grounds to start with. It is also a natural way to work with light, this is why when you look at a film photograph, it has a depth that is still barely achieved by digital. And for good reason. While digital produces great all-round results, it lacks in two key areas that make a photograph be perceived as "real", one is in its depth, an atmospheric quality that is still a bit lacking on digital and the other is colour. Don't believe me? Then ask yourself why manufacturers are including film simulation modes in their digital cameras nowadays for example. On this note, when I hear photographers talk about how film is dead for them, my salt pitcher comes out, as the vast majority tends to invariably compare digital to the film format that they are comfortable or familiar with. And there is quite a lot to compare when you add to the equation formats like medium and large format to digital, which usually go unmentioned in discussions on the matter. Personally, I am still to hear a photographer that works with large format film, make such generic statements about the death of film. In the same way that sensor size usually translate to technically better images (and I underline here technical, because photos can be great photos from any sensor format), the same goes for film. Large Format still offers a resolution unmatched by digital and Medium Format still goes a long way too, particularly when using slower emulsions. I have not used Large Format, but I have seen negatives, slides and prints made from it, that I have not found any match in digital so far. Of course, it's a arduous process and applications where one can use Large or Medium Format are perhaps more limited, but the point here are end results and the quality of those results.
Personally the question of the demise of film, is perhaps more related to economies of scale. The market for film is now a rather small one, but if companies could sustain business with film, I am sure that advances in technology could further elevate and develop film to new heights. Kodak has done this with their new Ektar film, which is an extremely sharp and fine grained film with punchy colour available in 35mm and Medium Format which results can be easily mistaken for digital in sharpness, but it exhibits a depth and colour that is not matched by digital. Ultimately, what this all means is that what constitutes a great photo, goes beyond resolution and pixel peeping. But as photographic technologies evolve, we cannot forget nothing replaces good practice and discipline, and the best practice and discipline comes from over 150 years of the art of traditional photography, so it does not hurt the digital photographer to shoot a roll or two a month to keep fresh and snappy. To forget the masters and arts of the past is to already forget those of the future. 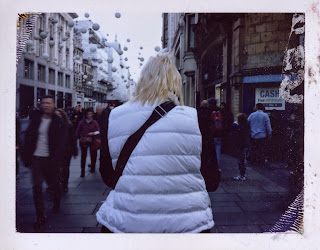 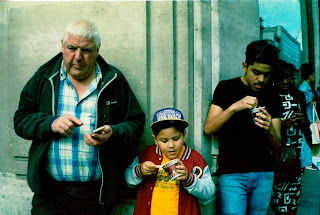 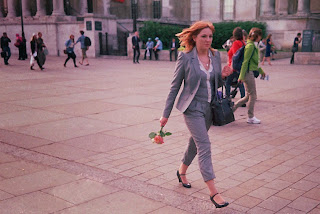 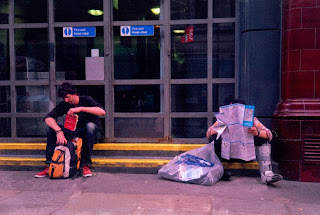 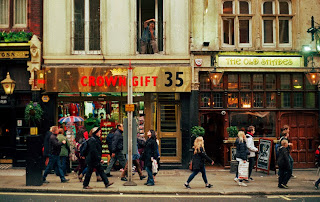